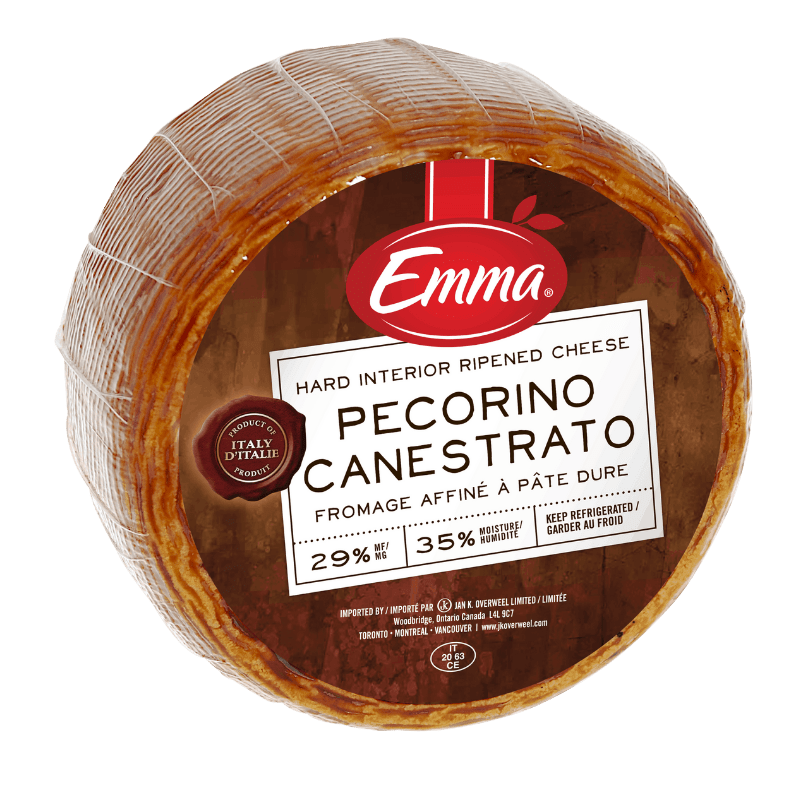 Pecorino Canestrato cheese is a firm, sheep’s milk cheese produced in Calabria, in southern Italy. It’s a waxier, less grainy variety than its Roman cousin, Pecorino Romano, though still intensely savoury with a salty kick. Canestrato is identified by the delicate ribbed pattern on its rind, an imprint from the whicker baskets in when it’s aged. This cheese holds it’s own beautifully as part of a cheese platter, and it’s full bodied flavour compliments a bitter lettuce, like endive or radicchio, when thinly shaved over salad.